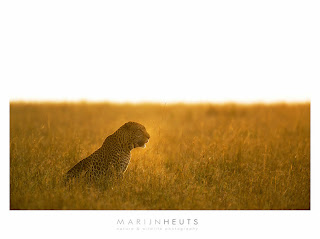 This image comes with a story. Well, every image does, but this story needs to be told. I have a thing with leopards, and it is not a good thing, except that they are my favorite African animal. They are secretive and elusive by nature, but somehow they elude me more than other people. Over the course of seven safari trips, even to the best places in the world to see these beautiful cats, I only got glimpses and fleeting moments, and the only decent photo I got was of one walking away from me on a tarred road. How’s that for a favorite animal?
After three fantastic days in the Masai Mara, we threw a shortlist of things we wanted to see and photograph at our guide. Given my bad luck with leopards, I mentioned I would love to see the ‘spotted cat that shall not be named’. The guide took it lightly and during the next afternoon drive, we went to look specifically for leopard. Of course, to no avail. I accepted defeat, cleared my head of the idea and enjoyed whatever sightings we were granted by Mother Nature. The next afternoon, two other vehicles went to look for leopard along the river, whilst we drove the other way, into open savanna areas in search for cheetah and lion. Before long, I got reminded that you can search for specific animals all you want, but sometimes nature throws you the odd curveball. Underneath a lone acacia tree in the middle of an open area, we found a fresh bovine stomach. The natural reflex is to look up, and indeed, the rest of the wildebeest hung in the tree. Dead, of course. The only animal to hoist prey this large into a tree is a leopard. And a big one at that. We searched the surrounding grassland and within minutes had found the big cat. It was a gigantic male that tried to blend in with the not so tall grass and almost succeeded. Unfortunately, it was shy as almost every Mara leopard and fled into the bushes. Later that evening, we checked on the tree again and found the gorgeous feline in the tree, feasting on the kill. After a few shots in twilight light, we had to return to camp, with plans to return early the next morning. Upon arrival before sunrise, the cat had just left the tree (probably heard us coming) and was heading for cover again with a very full belly. With the sun about to rise and cold air surrounding us, I decided I’d forego the safe shots and definitely wanted the leopard between the sun and our vehicle. Five hectic minutes later, it felt like ages, we left the leopard to itself, drove on, refound our breath and started chimping with shaky fingers. When this image popped up on the lcd, I went crazy. Maybe not the best leopard image ever, but to me it means the end of a spell. We got to see three more leopards during the next days, but never as photogenic as this big boy. It seems the tables have turned, and maybe the biblical sequence of 7 bad years and 7 good years has now arrived at its turning point. From now on, I can speak of the ‘spotted cat that is called a leopard’.