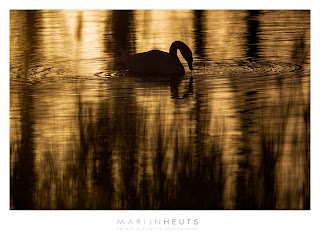 Mini-murmuration, here I come. That was the final sentence of my previous post. And a sentence it became (probably not my final one). I went, oh yes, I did. But the starlings did not. Somehow over the last week the starlings decided en masse that their roosting site was no longer suitable as a group dorm and choose to backpack to another, as of yet undisclosed, location. Not a single starling was to be found, where thousands roamed the skies and reeds a week earlier. Too bad, as I had wicked plans with them. Photographically speaking, that is. It seems another person also had wicked plans with the starlings and succeeded better than I did: tucked away in the reeds, I found two Sony speakers from the mid ’80s, capable of making a lot of starling-startling noise when coupled to a radio. I am just guessing here, but that must be what happened, since starlings usually do not just move house, especially not in a real estate bear market like the one we are experiencing currently. Anyway, I had to point my attention and lens to something else. As mentioned before, the coots, ducks, geese, cormorants and swans are always around. This time, I chose to focus properly and paid some much owed respect to my most loyal of models. Next time, I’ll try the blurred lines again. I know you want it…I know you want it… And oh, I praise myself for not complaining about the fact that I could not benefit from Sunday’s wonderful winter morning.