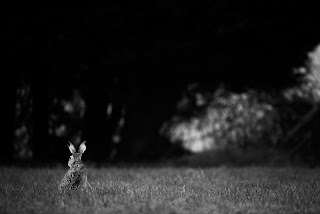 For the first time in ages, I had a full day at my disposal for photography. But as is so often the case, things (timing, weather) don’t work out as expected or hoped for on those days. The plan was to photograph sunrise at a fen, proceed with Moorfrogs, go home for some rest and return for sunsets at the fens. The day started without a sunrise. There was a very thin layer of fog and the sun rose as a muted orange ball. No spectacular colors or light. And then, in just a few minutes, the fog took over everything. It was so dense it was hard to see anything, let alone photograph it. When the fog subdued, I was left with gloomy grey and cold weather.

There were no Moorfrogs to be found anymore. Of course it was too cold for them to be active, but judging from the enormous masses of spawn, their annual party had long come to an end so there was no need for them to show themselves anymore. Too bad I had no opportunity for a spare hour during the week. The afternoon was a matter of ‘same story, different time’. Hardly any color in the sky and almost no warm sunlight to light any potential subjects. The camera was once again left untouched in the warm camerabag.

So in summary: a lot of time on my hands, but no images on the CF card. Only in the very early and still dark morning when I drove towards the fens, I came across a lone Brown Hare (Lepus europaeus; Haas) feeding on the juicy green grass in a meadow. It let me approach relatively close with the vehicle and was not bothered by my presence. I would have loved to get out of the car and flat on the ground, but there was a broad ditch full of water to be crossed. I passed on the occasion. I still like this composition with the hare unwittingly watching and listening in the wrong direction.