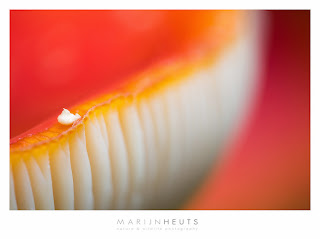 Yes, I am a little on edge. After a few weeks of very little time out in nature, I was really looking forward to spending some quality time in the outdoors. Given the weather predicitions that were published on Friday for the following Saturday and Sunday, I put my money on the Sunday and made plans on where to go. Much to my surprise (I should have known better), the Saturday was much, much better than predicted and with rising fear and trembling fingers, I opened and updated the weather app. Astonished ( I should have known better), I stared at the information in front of me: all the rain that had been predicted for the Saturday had appararently missed its flight and was now to arrive en masse on Sunday. Strange enough (I should have known better), this now updated prediction for the Sunday was spot on. It rained all day long, a lot. But when showers reduced from heavy to medium, I took my oldest daughter for a ride into the forest to look for fungi and gather chestnuts that we would roast when back home. That’s what fathers and daughters do on a rainy autumn day, at least in our household. Fungi were abound and we checked all of them to see if any of the inhabiting gnomes, dwarfs, trolls and kobolds (homo minisculus imaginativus sp) were home. I guess they were, but because of the bad weather, none of them were willing to open the door and let a stranger in. In between house visits, I managed to take some closeups of the fungi. There I was, lying flat on the ground in the rain, mud and cowdung, a happy little daughter lying on top of me, sometimes jumping on my back, asking me if I was doing alright and if she could see the photos. You gotta love it, I do.