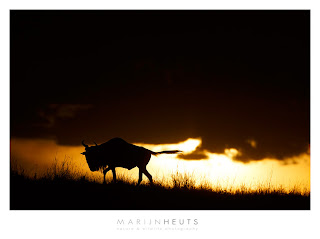 Back home from a fantastic week in the Masai Mara. It was to be the trip of a lifetime and the place surely lived up to its name. Pure magic. The fantastic Masai driver/guide placed us right on the action every single time. We got to see lions on a kill several times, mating lions several times, lion cubs, hunting lions, hunting cheetah several times, cheetah on a kill several times, leopard on a kill several times, hunting serval, black rhino, jackal pups, bat-eared fox pups, a late wildebeest and zebra crossing, tiny hyena pups and much, much more. Most gruesome was a hyena that killed a young wildebeest and started to consume it whilst still alive. Even with half of the wildebeest already in the hyena’s stomach, the wildebeest still tried to escape. The sight and sounds will stay with me for a long while. Apart from the sightings, the food was fantastic and I will most definitely miss the freshly ground coffee in the early morning. And then there’s the very friendly staff, the mindblowing cloudy skies, the heavy afternoon rains that turned the yellow savannah green withing the course of a day, the icecold Tusker beers with the freshly roasted cashews, and so much more. Here’s a first shot from our very first afternoon drive. When I saw a small opening in the cloud cover just above the horizon, I knew exactly what kind of shot I wanted to get. Quintessential Masai Mara.