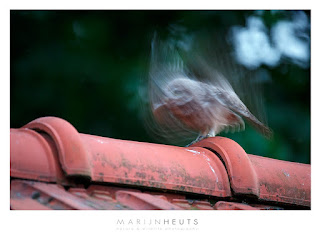 A few weeks ago I spent some time photographing fledgling Little Owlets at their next box in the backyard of a friend. There were originally five of them but one had overplayed its claw, lost a balancing act and ended up between timber in a shed prematurely. One could hear it hiss and beg for food from underneath the chopped wood. The other four ventured further out of the nesting box and onto a connecting branch every day. Until one day there were only two of them to be seen. No hissing from the shed, just those two out on the branch and ‘flying’ from the nesting box into the shed and back. The missing three owlets, including the kamikaze pilot, seem to have been sacrificed (killed and fed in pieces) to keep their largest two siblings alive. Other than last year, there are not a lot of mice to be found and thus the owls have to hunt for worms, beetles and grubs. Needless to say they need a lot of those to feed five youngsters and it appears the adults gave up when those hungry mouths became insatiable. Harsh, but that’s how it works and if it means the remaining two little Little Owls grow into adulthood, genes will have spread and that’s all that matters. I left the Owlets when they started doing flight training on the roof of the shed and their clumsy flights brought them further from home. Over and out, have a safe landing.