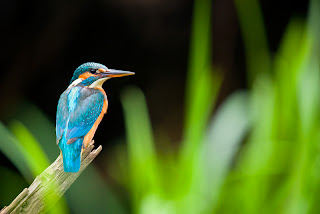 Rewind and repeat. Same sh#t, different year. From early April on, I spend a lot of time in the field looking for fox dens that show signs of recent occupation. Somehow, I never find one early on in the season, thus increasing the pressure by every passing week. Why? The pups usually explore the outside world for the first time around the end of April. About 6 weeks later, life is no longer concentrated in and around the den, thus enormously slimming chances for good photographs. In previous years, I had the same problems finding inhabited dens, but in the end still managed to find and photograph them. In the process of searching, my library of fox dens increased over the years.

So when I first went to look for them this year, I had very good hopes, with many wonderfully located (and previously used) dens in the area to check on. But now, 6 weeks later, I still haven’t found any of the telltale signs. It may be a housing crisis, but not in the fox world, they all seem to have moved house.

All of the dens I know of in the area are discontinued, but the foxes must be somewhere closeby at a new location. I found lots of prey remnants (mostly piles of feathers), but no den. To illustrate: last year, I spent many hours at a den with prints, feces and prey remants, without any luck. Only to find the den they actually used back then (but not now) last week (and thus a year late), well hidden some 50 meters further into the heathland. I assume they must have made a fool out of me from a safe distance last year. All is not lost, as there are still a few weeks left. The pups might not be the cute little fur balls anymore, but adolescent fox pups are a treat to photograph as well.

With other subjects, I don’t mind skipping a year, but fox pups are a serious addiction. Believe me, once you have seen them frolicking around the den, you want to go back and back again. So if anyone has a tip for an inhabited fox den around my area, please let me know!

I spent a few hours at the Kingfisher site and had better luck over there. To my suprise, the male was still busy getting the nesting pipe ready, the female checking the progress from a short distance. I had expected them to have eggs or even chicks already. Must be the relatively cold weather we have had over the past weeks. To be continued, with either foxes or Kingfishers.