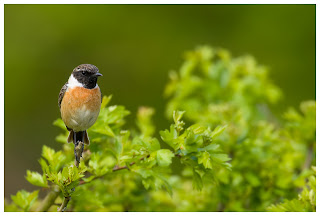 Somehow, most of the bird species I photograph have an English name that starts with ‘common’. That seems to imply that the species can be found in abundance, does not look or sound spectacular and is not in need of preservation.

Just to give a few examples: Common Kingfisher, Common Stonechat, Common Redstart, Common Buzzard, Common Blackbird, Common Kestrel, Common Whitethroat, Common Cormorant. The list goes on and on. All beautiful birds, either because of their colors, a superb voice or just graceful behavior.

I wish we would stop to use the prefix ‘common’ in bird names. Not only does it sound simply belittling, it takes away from the beauty each and every species has to offer. Anyone who has ever seen a Kingfisher from closeby will have to agree that it looks anything but ‘common’ or ‘regular’. Its bright colors are a feast to the eye, so why not call it the Splendid Kingfisher instead? Same for the Blackbird. It may be plain black, but when you hear one singing from a rooftop on a hot summers night, it deserves a name more like Melodious Blackbird, doesn’t it? And don’t even get me started about the Common Nightingale…